*Only valid for bookings made through our website www.hotelport.nl 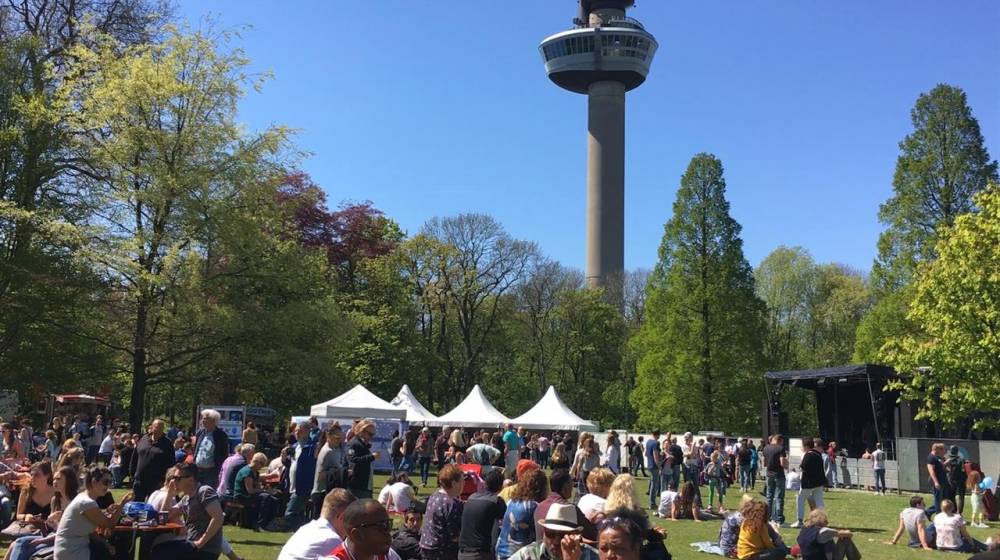 The Euromastpark is definitely worth a visit when visiting the Euromast tower on a nice day. The park is within walking distance of the famous tower and offers fun and relaxation, especially when the weather is nice. The Euromastpark is very nicely situated, between de Nieuwe Maas, Parkhaven, Westzeedijk and the Scheepsvaartkwartier.

When walking through the Euromastpark, you will experience beautiful nature, peace and quietness. That could have been very different. In 1851 the city bought the land secretly, with plans to build a slaughterhouse. A lot of people protested and eventually the city decided to cancel the plans. However, they had no idea what to do with the huge piece of land and marked it as a pedestrian area. The rest is history: a year later it was officially turned into a park. Fun fact: the park is simply named “Park”, but most people know it as Euromastpark.